At This New Library, Learning Comes Alive Through Tech. No More Shh! 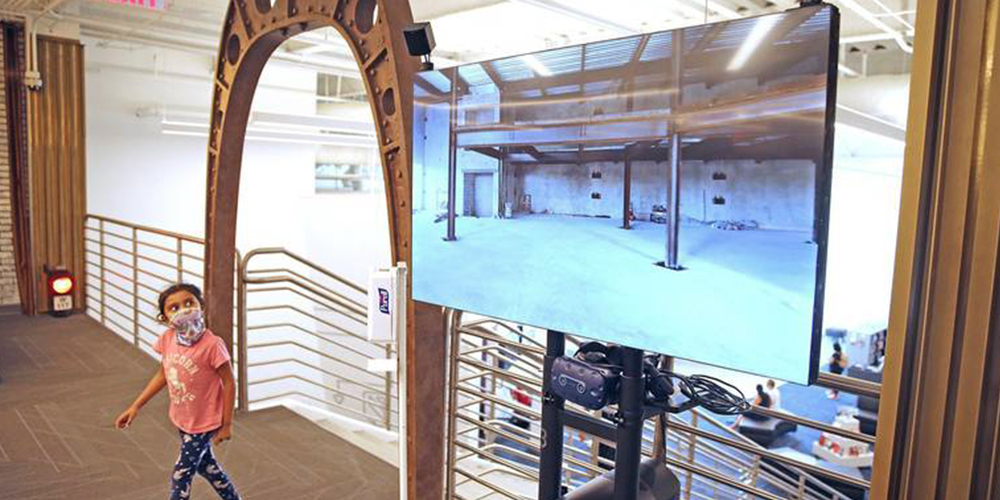 The world’s first Cybrarium just opened in the City of Homestead.

“This project represents our love letter to our residents,” said Zackery Good, assistant to Homestead’s city manager. “I hope that the Cybrarium is going to really help bridge the gap between literacy, technology and access.”

The roots of the project were planted more than 10 years ago when the real estate market collapsed. Homestead, like other cities across South Florida, faced a drop in its residential and commercial property values, resulting in a significant decline in the city’s tax base.

Homestead faced two options: To tax its way out, or to build its way out. The city went with the latter.

“When our residents are suffering, when they’ve lost their jobs, their homes decrease in value… they need our services more than ever,” Good noted.

The plan to revitalize the city began with residents approving two separate bond issues in the 2014 election. One was for $18 million to build a new police station, which had been plagued by mold, and $3 million to house the police department in a temporary structure while construction was underway. The second bond was $5 million to restore the Seminole Theater in downtown Homestead.

Building the Cybrarium and stocking it with books, computers and furnishings cost $17 million, funded by grants, impact fees and a portion of the city’s general fund revenues.

“If you’ve known about Homestead and South Dade in general, we tend to have less affluent residents and more minority residents than some other communities, where there tends to be less access to the internet and the latest technology,” said Good. “We figured that our residents deserve better than that. And the Cybrarium is the answer.”

BRINGING FUN TO LITERACY AND LEARNING

“When we were first starting this journey, we visited libraries, and you walk into an old library and it feels stuffy, there’s somebody shushing you… It’s not inviting to come and learn,” said Good. “So the idea was to bring fun to literacy and learning. And make sure that when you walk in, it’s a place that you want to come back to and not just the place you run into because you need a book for your book report.”

Entering the library, which opened its doors March 18, one can see the stacks of books to the left. To the right, there are virtual reality stations where library users can go to a room and play virtual reality video games.

The upstairs floor is called the Steampunk, where Victorian history moves into the tech world. Images from “Alice in Wonderland” and other books line the walls, along with sculptures and historical relics like an actual printing press.

Next to the Steampunk section is the Makers Lab, where people can use 3D printers to make things on their own or through free courses.

Even the theater is a combination of old and new. The theater has a lighting system and digital presidium wall that can create effects like rain coming down across the stage. The library plans on hosting storytelling events for children or inviting performing arts groups from the community.

“This is what Benjamin Franklin had intended for the libraries to be: A meeting place for all types of people to meet and share ideas,” said Errol Johnson, who was watching his grandson while he played a learning game on a library computer. “With the way things have progressed with technology, this is an incredible opportunity to merge books and technology together.”

Amid the pandemic, the library has enabled Johnson and his grandson to explore a variety of different activities. His favorite has been making models through the 3D printers and signing up for a cooking group called the Spice Club.

The Cybrarium will soon host computer classes on using Microsoft Word and Excel, and staffers are taking input from community groups on future programs.

“What’s exciting to me is that this is the beginning, and the whole staff is very excited,” said Johnson. “They’re bringing ideas and listening to ideas from the community. So you’re going to see a big explosion of things that are not even here yet.”