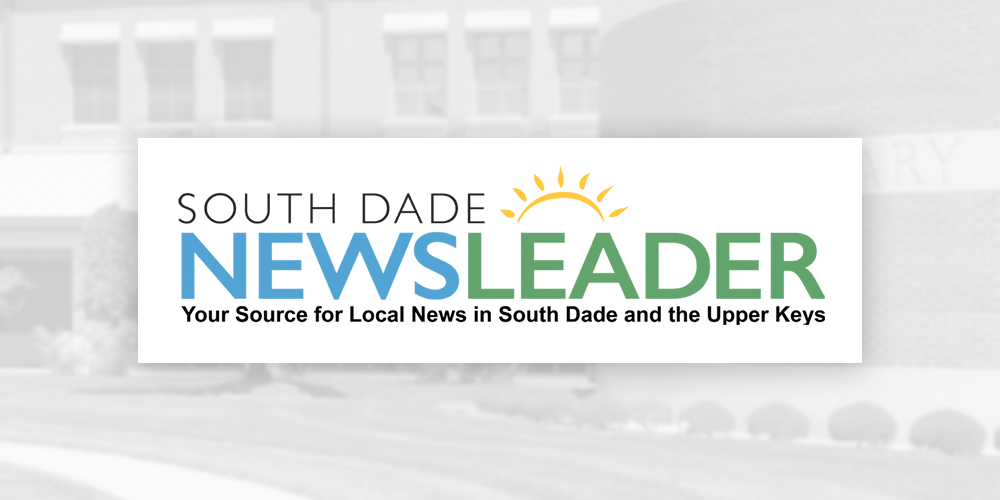 Homestead City Council advanced the Losner Park expansion project and the Cybrary to their next steps at the committee of the whole meeting on February 12.

Sasaki Associates, a Boston design firm, was employed by Homestead January 13, 2015 to develop the initial Losner Park concept. The firm has experience designing parks around America and in China, according to its website.

Homestead contracted for the next stage of the project March 21, 2018. At a cost of $1,352,500, Sasaki agreed to provide the design, architecture, engineering and construction administration services for Phase 2 of the Park’s development.

Final revisions to the design plans were approved by Council at the COW meeting for an additional cost of $524,000.

The next phase for the Park is preparation of bid documents for construction. City Manager George Gretsas said the estimated budget for the redesigned Park is approximately $12 million.

Alan Ward of Sasaki gave a presentation on the concepts in the final park design. He said the work triples the size of the Park which is divided into several areas.

A memorial area to the west across the front of the Police Station features the Park’s Veterans Memorial, screened by plantings to create a quieter atmosphere. The memorial area can seat 353 with standing room for 530 more people.

The large lawn area of the Park has a covered stage to the south with a related preparation area at the rear of the Seminole Theatre. The lawn has potential seating for 1590 people and standing room for 2387 more.

Water features for the Park are in the middle, consisting of four elevated basins with water jetting between them. The final basin has an eighty foot geyser feature. The fountains can be programmed for timed displays and also feature programmable colored lighting.

A sculptured play area occupies the space north of the lawn, with soft rubber surfaces, angled pathways, pinelands and tropical plantings and lots of shade covers for fresh concept playground equipment. A key support structure to the west would house restrooms, storage and the fountain pump systems.

“My suggestion is vendors are always looking for an adequate power supply so you might plan for additional electrical support for food trucks instead of their noisy generators,” said Councilmember Larry Roth. “Also ask the police department about safety for the Park.”

Sasaki’s spokesman Ward agreed. He said the design was at about 15% with time to add features and consult with the police.

Manager Gretsas said the permitting process would take three to six months. Timing is critical so the parking garage would be open when surface parking is eliminated for Park construction.

“The new garage should be open by September,” Gretsas said, “And the cinemas are to have a grand opening in October. The project must be folded in but not disrupt or delay parking.”

Mayor Steven Shelley said, “This is a more dynamic design with more options and features than the original. This is the gateway community to the National Parks so I would like to see more connection to those parks perhaps with art.”

Sasaki closed the presentation by mentioning a signage component at the entrance to tie the Park to area attractions for visitors. Gretsas also emphasized the many nature-themed design elements.

“Remember, we’re trying to attract our citizens,” said Councilmember Jon Burgess. “Keep the elements to attract local people because they’re paying for it.” Ward agreed saying there was a significant programming element so citizens would keep coming back to the Park time and time again.

In other business, Council accepted two state grants to fund playground equipment in Losner Park. The Land and Water Conservation Fund grant was for $200,000 and the Florida Recreation Development Assistance program offered an additional $250,000.

Council moved into the Phase 1 development of the Cybrary with a proposal for a firm to manage the library.

Manager Gretsas said, “The phasing plan is designed to preserve funding sources that are time sensitive.” Council was told last month that the building should proceed with current Homestead Station construction. That the first floors would house a library and the upper stories would stay dark until funding for a Cybrary could be identified.

Todd Frazier of Library Systems & Services spoke to the operational aspects of the lower floors with features such as Book Mountain and the Tree of Knowledge.

LS&S has many awards for operating 84 libraries around the country. Gretsas said, “They were recommended after due diligence as their customer service element made us comfortable. Their national experience and reputation, and track record make them a good partner. Plus they’re excited about the Cybrary.”

Asked by Council to explain the funding, Gretsas said, “The County Library tax is at .284 mills. Combined with the region, that tax generates a pool of money – roughly $800,000. If we unplug from the County, that money goes to the City for a library. The library plan would take effect in fiscal year 2021, probably opening the summer of 2020.”

He explained the negotiations with the County over the old library building where Homestead owns the land. “If the appraisals are more than a 10% difference, you must have a third party appraiser, and then a settlement,” said Gretsas. The County valued the building at $3.5 million while the City offered $80,000 as a tear-down.

Councilmember Jenifer Bailey, “I’m excited about the longer hours on evenings and weekends. I also like that schools can borrow materials for programming.”

“So you have an entirely new library system at no more cost,” said Councilmember Roth. “Do you have a bookstore, or a space to modify for retail?”

Gretsas said Landmark could arrange a bookstore component. “I can promise you a bookstore but just can’t promise it will be profitable,” he added.

Mayor Shelley raised the issue of the northwest district council vacancy, explaining the questionnaire the five finalist candidates had completed. He said he wanted a public forum with Council colleagues to keep everyone informed about the process.

“Thank you for the transparency,” said Councilmember Roth. “It’s a challenge. The proper selection is very important.”

“I sat through this years ago and it was really divisive,” said Councilmember Burgess. “This is more open. Selecting someone who fits in is most important. Someone who shares our vision. I’d like to have a chance to speak to your designee; that would make me comfortable.”

“I encourage all of you to interview the candidates,” said Mayor Shelley. “I’m looking for someone who is philosophically in line to continue our progress. We’ve worked together successfully over time and this person is going to be part of our team.”

“Timewise, you announce at the next meeting,” said Councilmember Elvis Maldonado. “I want to do the right thing to do is speak to each one and ask questions. I’m hoping I have the time to meet with them. If I’m not comfortable next Wednesday, is there more time?”

Shelley said the timeline is dictated by the Charter and he planned to announce the appointment at the Council meeting on Wednesday February 20 for ratification.

The City attorney said the Code requires ratification of an appointment at a regular Council meeting or a special Council meeting within fourteen days of the Mayor’s nomination.

“I want to work with you all so you’re comfortable with the appointment,” said Shelley. A final item on the COW agenda was a deferred discussion allowing staff to approve minor changes in approved site plans. The types of minor changes allowed are specified in the amended regulation.

Staff offered a short discussion of what other municipalities allow.

“The question is how much control do you give to staff?” said Shelley. Gretsas said he’s seen potential problems either way with the rule allowing staff changes.

After a brief discussion, Council decided to leave the rule the way it currently is – that proposed changes must go through the process again.

In other business, Council approved the new collective bargaining agreements for the City’s electrical workers with IBEW, for the PBA police lieutenants, and for the PBA police and corrections officers. The agreements provide for a 2.5% cost of living adjustment this year, followed by a 3% raise on October 1, 2019.