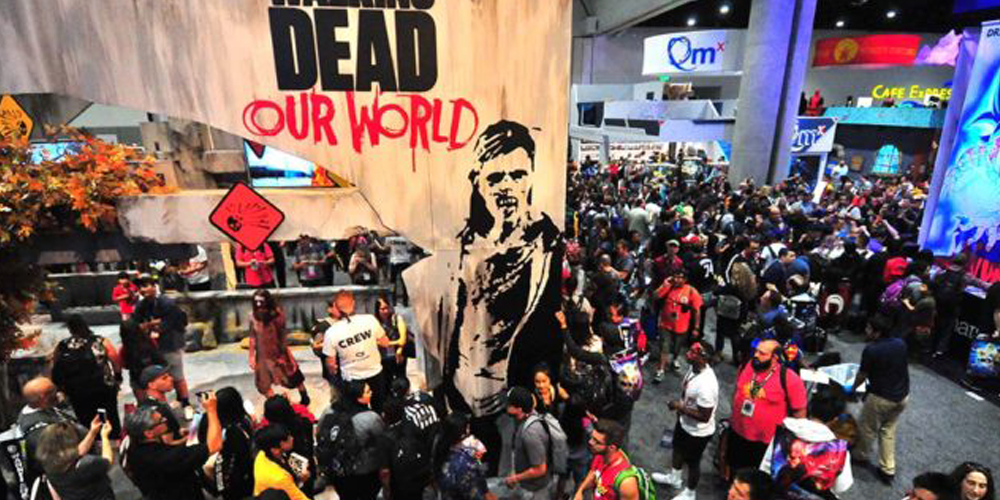 When the Escondido Public Library began offering adult graphic novels two years ago, it started small with about 20 titles and a budget of about $200.

Today, it boasts more than 950 titles and an annual purchasing budget of over $4,000, making Escondido’s one of the largest collections of graphic novels in the county,

Escondido is not alone. As pop culture continues to grow in popularity, libraries in San Diego and across the nation are offering more adult graphic novels in print and in digital offerings.

“This is part of how public libraries stay relevent and keep up with the times today,” said Barrette. “It’s important.”
The growth of graphic novels, young adult books and other pop culture is evident at this year’s Comic-Con, where public librarians have gathered to share ideas and inspire each other.

Libraries in San Francisco participate in Comics Arts Fest, a celebration that features everything from panels on comics to drawing workshops to superhero storytimes. The celebration is now in its third year and has spread out throughout the Bay Area.

Meanwhile, Rancho Cucamonga now has an annual “Star Wars” celebration that even attracted actor Billy Dee Williams, who starred in the series.

Librarians said they have to justify their investments, decide where to  showcase the collection in the libraries and offer a mix of novels that appeal to different groups.

But they have plenty of helping justifying the collections, thanks to the increasing library circulation numbers of the graphic novels and the mass popularity of television shows like “The Walking Dead” that are based on graphic novels.

“For adults, it really is a golden age of comics,” said Amie Wright, a library manager in Edmonton, Canada.

Related Links: Read the story on The Times of San Diego