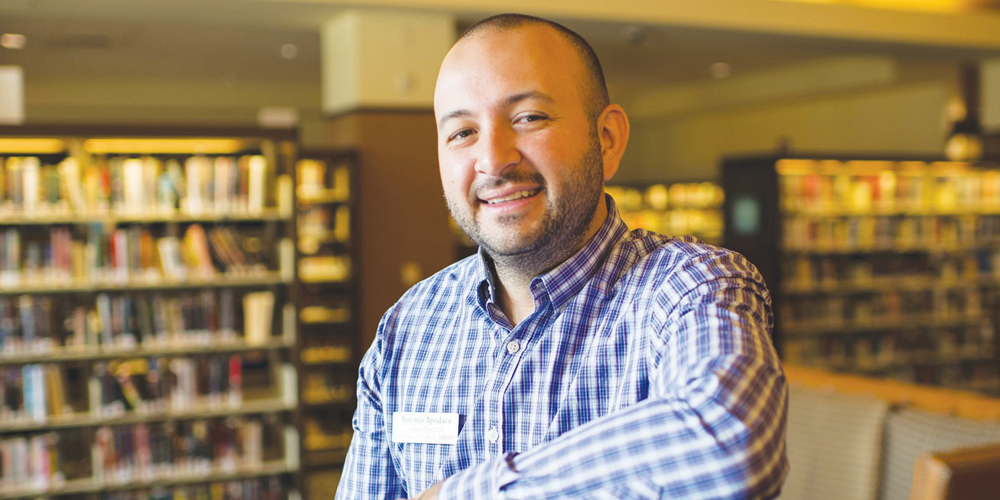 A crowd of about 50 people of all ages gathered outside the Camarillo Public Library and waited for the front doors to open during a recent Friday morning. It’s not uncommon to find a small gathering outside the building on Las Posas Road before the library is open for business.

“What a good problem to have, to have people waiting outside your library, anxious to get in,” he said.
Apodaca inherited a successful library after former director Jo Rolfe stepped down in May.

While neither the city nor Maryland-based Library Systems and Services, which Camarillo contracts with to staff the library, would comment on the reasons behind her departure, city staff said they were pleased with her performance.

“I found her very easy to work with and approachable on a variety of issues related to the library,” City Manager Dave Norman said.

Rolfe spent two years at the helm of the library, a 65,000-square-foot building on Las Posas Road that opened in 2007. She helped oversee one of the biggest recent improvements, the opening of a new young adult section in December.

The area, which serves area teens, including the students at nearby Rancho Campana High School, combines cutting-edge technology with space to relax.

Now the 34-year-old Apodaca, who started work at the end of July, will be expected to wow Camarillo patrons who are already accustomed to having the best from their local library.

“My whole goal is to continue the library’s existing reputation and deliver world-class services in this unparalleled setting,” Apodaca said.

A Phoenix native and Ventura resident, Apodaca said he’s learned from his time managing the downtown Oxnard Public Library and has plans to take the Camarillo Library to new heights.

He said he wants to find ways to keep families engaged while reaching out to new demographics using new technology and features that people can’t get anywhere else.

For instance, the library already offers video gaming leagues, escape rooms, podcasting classes, 3-D printing and a variety of other activities, and Apodaca said he’s looking for even more ways to engage the community.

“We’re all about making Camarillo a destination of choice. We want to be a place where people want to be,” he said.

Raising the bar further won’t be easy, Apodaca said. That’s why he’s encouraging his employees to shoot for the moon without fear of failure.

It’s all part of expanding services to see what excites people and what makes Camarillo’s residents want to return again and again.

“I’m always up for risks. I’m up for taking a challenge. Let’s try it out, and if it doesn’t work, we’ll learn. It’s OK to make a mistake. That’s how we grow,” he said.

Apodaca said his 40 or so employees, who often use the library as patrons themselves, have a unique perspective on what works and what doesn’t, so he plans to give them plenty of freedom. If their plans don’t work, he’ll be there to pick them up so they can try again.

“I want to set the staff up to play games they can win and be in situations where they can succeed,” he said.

Related Links: Read the story on The Camarillo Acorn