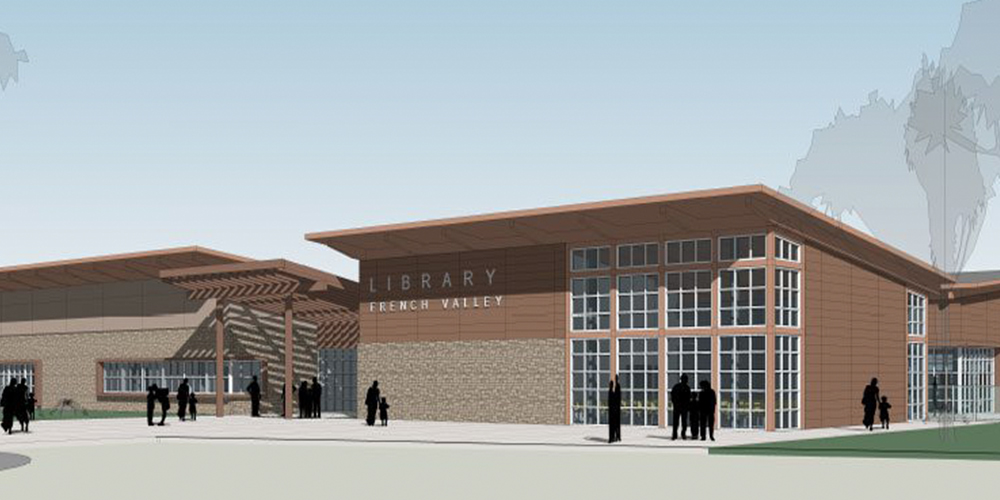 The rapidly growing French Valley community will have its first library soon after receiving a critical vote of approval from the Riverside County Board of Supervisors.

At a public hearing Tuesday, April 30, the Board voted 4-0 with Supervisor Hewitt absent to approve a public-private partnership to finance the French Valley Library. Construction is scheduled to begin in late 2019 with a projected completion date in early 2021.

Supervisor Washington, who represents French Valley and has advocated for the new library for years, described the moment as a proud day.

“For that person who says that libraries are a thing of the past: they don’t have their thumb on the pulse of their community,” he said. “They’re great gathering places, they’re great learning places, and I am so proud of what we are doing as a County with our library system.”

The new French Valley Library will be located on the northeast corner of Winchester Road and Skyview Road in the unincorporated area of Riverside County. It will feature separate reading rooms for teens and young children, a community room, group study rooms, technology areas with charging stations and an opportunity room for pop-up exhibits and other events. In addition to the library, the lot also will have room for other commercial projects.

With 36 open branches and over four million patrons each year, Field said, “We would consider the expansion and improvement of the County library system to be a considerable success.”

The library will be developed by Omni West Group, Inc. and operated by the Riverside County Library System. The Board also approved new libraries in the cities of Menifee and Desert Hot Springs.

Supervisor Chuck Washington represents the southwest region of Riverside County on the Riverside County Board of Supervisors. Including the cities of Murrieta, Temecula, Hemet and San Jacinto, as well as the unincorporated communities of Idyllwild, Anza, Winchester and Homeland, the 3rd District has the largest unincorporated population in the County.